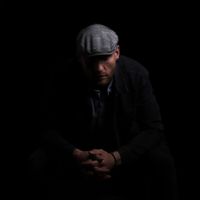 Head down just past Shoreditch House and Box Park to discover Joan, our wonderful new venue for an immersive Friday night of great company, drinks, live music and a DJ til late: Its cool, current and bang in the heart of the most vibrant of London's neighbourhoods.

About Jay Scott ﻿﻿﻿﻿﻿﻿﻿Jay Scott from the Jay Scott & the find has written a new album with his new band the breeze. Jay has influenced by Boy Dylan, Sugarman, Van Morrison & Cat stevens. Jay’s lyrics and melodies have been deceived as captivating. Jay Scott is a signed songwriter for Fairwood misic piblishing writing for various artists & films and is now launching his album this summer.

Tickets just £11 www.semusic.org NOTE: Tickets powered by Ticketpass - an ethical ticketing platform donating 50% of booking fees to charity. Our chosen charity is The Trussell Trust, whose Foodbanks network throughout the UK continue to fight child hunger and food poverty in this country.