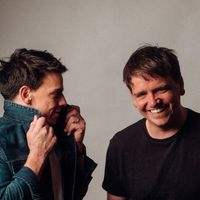 After their sold out show with us at Omeara in October we are so excited to welcome back The Dunwells, this time to Blues Kitchen Brixton, with an array of handpicked special guests.

The Dunwells The Dunwells are a successful Leeds based Indie-folk / Americana band with strong vocals, powerful melodies and heartfelt lyrics. Their debut album “Blind Sighted Faith” was released in 2012 following which they have released a further 6 albums/EP’s. The Dunwells have found favour with audiences across the world having toured extensively in USA, Europe and the UK as well as having supported artists including Mumford and Sons and Elbow on UK tours. They are passionate and prolific singer-song writers having written material for joint collaborations as well as other high profile up and coming artists. www.thedunwells.com https://www.instagram.com/thedunwells/

John Dhali Hailing from the North West, John Dhali's uniquely powerful style and soulful songwriting has already earned him national airplay from BBC Radio 1 and 2, and supports with the likes of Lucy Spraggan, Frank Turner and Scott Matthews. HIs sunny melodies and life-affirming lyrics have the all the warmth of a true northern soul classic. A truly independent artist by choice, his genuineness has ensured crowd funding success and ongoing support from his loyal fanbase. "This is right up my street!" - Frank Turner https://www.instagram.com/john_dhali/

Jessie Reid Jessie Reid’s folk-influenced, percussive fingerstyle guitar playing has drawn comparisons with the likes of Ben Howard, Lucy Rose and Nick Mulvey Absolutely sublime. Delicious grooving guitar and delicate textured vocals… we await news of further releases with bated breath” – Tom Robinson. "There’s truly something to be said about artists that can stop you in your tracks with a few simple elements, and the Shropshire-born Jessie Reid is one of those artists." – Earmilk https://www.instagram.com/jessiereidmusic/

The Blues Kitchen Southern US inspired food and drinks menu is highly recommended. too and will be available during the evening.